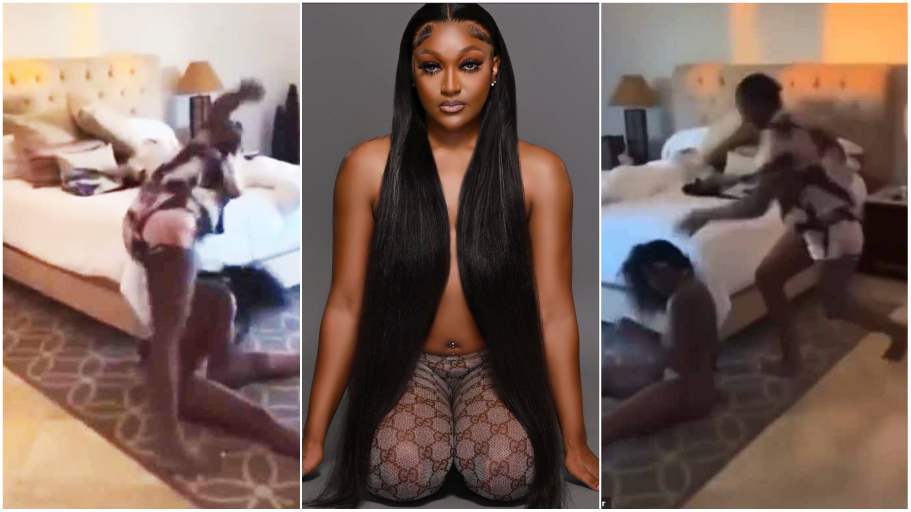 Shocking footage has emerged of a 25-year-old North Carolina woman being brutally beaten by a friend in a Mexico villa before she was found dead.

A man, who appears to be filming the assault, taunts Shanquella ‘can you at least fight back?

’Shanquella attempts to get away from her attacker and replies ‘no’, before the woman slams her to the floor next to the bed.The woman then punches and knees her in the head… The woman then yells at Shanquella to ‘get up.

Shanquella was part of a group that traveled from Charlotte to Cabo on October 28 and rented out a villa to celebrate a friend’s birthday.

Her mother, Salamondra Robinson, told Fox affiliate WJZY that she last spoke to her daughter moments after she had settled down for a meal with her friends.

They agreed to talk the next day, but the phone call that she received instead was from one of Shanquella’s friends, who told her that her daughter was sick and they were waiting for a doctor to arrive.‘They said she wasn’t feeling well.

She had alcohol poisoning,’ Salamondra said.

They couldn’t get a pulse. Each one of the people that was there with her was telling different stories.’

She later received a tragic call from one of Shanquella’s friends claiming the young woman had died from food poisoning.‘ No one told the same story, so I never believed them anyway,’ Salomondra said.