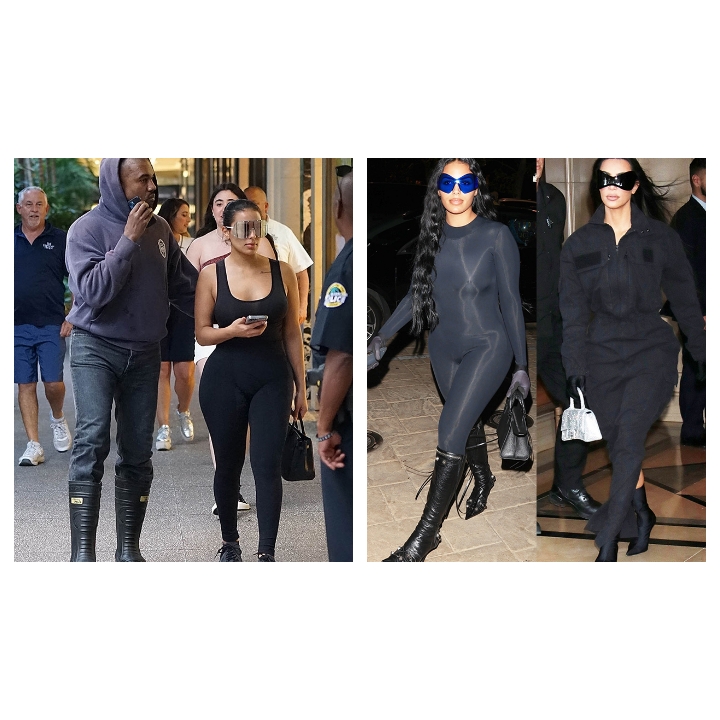 Shopping Date With KanyeWestKanye West, 44, and Chaney Jones, 24, have been spending even more time together in Miami amid his drama with his ex-wife Kim Kardashian.

The pair stopped by none other than Balenciaga for some retail therapy on Thursday, Feb. 24. Kanye kept it casual in a grey sweatshirt, jeans and tall black rain boots as he put his arm around the Kim look-alike who rocked a black tank top and tight leggings that showed off all her curves.

She completed the outfit with large reflective sunglasses and a chic black Hermes bag. This isn t the first time she has sported a look eerily similar to the SKIMS founder. The model rocked another Kim K look when for a beach day as she wore a cheeky long sleeve black bathing suit which had a cut-out in the back and a thong showing off her derrière.

Most recently, she strutted her stuff in a Kardashian-style catsuit at the Donda 2 listening party.

She paired the outfit with matching boots and a pair of massive black shades. The pair was spotted boarding their flight to catch the flight to Miami. Ye famously covered his full face with one of his black face masks. Chaney channeled both Kanye and Kim as she rocked a matching black catsuit. This comes after his relationship with actress Julia Fox fizzled out.

What Victor Vegas, One of NYFW’s Best-Dressed Guys, Wore This Week

Inside Julia Fox’s Sensational and Surreal Trip to Schiaparelli Couture