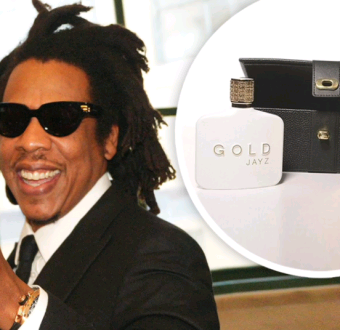 Jay-Z has recorded a big win in an ongoing court case with the perfume company Parlux as an appellate court ruled Parlux owed the rapper $4.5 million in royalties from their previous business relationship.

The hip-hop mogul, 52, was initially sued for $68 million in 2016 by Parlux, who alleged that he didn’t fulfill his contractual obligations set forth in 2012 to promote the fragrance, which was called Gold Jay Z, Page Six reported.

The case went to trial in New York City last fall for three weeks and Jay-Z, whose real name is Shawn Carter, testified for two days, according to the outlet.

In the trial on Thursday, the jury said that Jay-Z, who was represented by attorney Alex Spiro, was not responsible for the $68 million, and Parlux did not owe the $4.5 million in outstanding royalties the Big Pimpin artist asked for in a counterclaim.

Justice John Higgitt of the Appellate Division, First Department said that results of an appeal determined that Jay-Z and his organization S. Carter Enterprises LLC were ‘entitled to summary judgment on their royalties counterclaim’ in the suit, according to the outlet.

‘The record is clear: Parlux sold licensed products after July 31, 2015, but failed to pay royalties on those sales,’ Higgitt said.

In the trial, Parlux attorney Anthony Viola said the 99 Problems performer violated the 2012 contract by not appearing at a Macy’s event launching the debut of the fragrance in 2014, and didn’t promote the product on Good Morning America and in Women’s Wear Daily as agreed upon, Page Six reported.

Spiro said that Jay-Z wasn’t looking for the product to fail, had a year’s time to make the appearances agreed upon in the contract, and wasn’t mandated to show up to the launch event.

‘Why on Earth would Jay-Z put his name on one product and only one product in his entire career if he wanted that product to fail?’ Spiro said. ‘Why? And that’s a question they will never be able to answer because there is no answer.’

Bobrisky vowed to destroy Tonto Dikeh after she blocked him in February 2022 Oye Kyme, claims