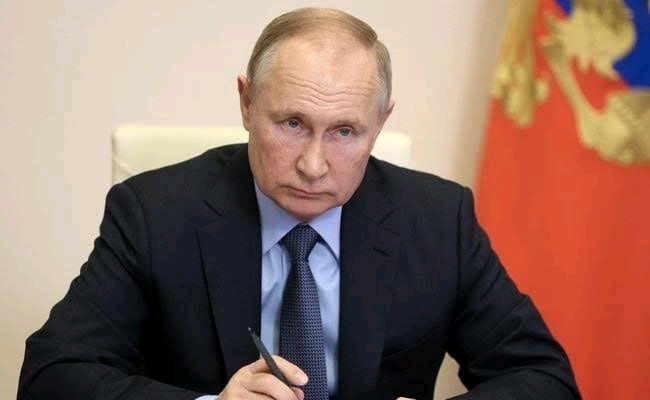 Russian President Vladimir Putin on Thursday February 24, announced a military operation in Ukraine and warned other countries that any attempt to interfere with the Russian action would lead to “consequences they have never seen.”

Putin who accused the U.S. and its allies of ignoring Russia s demand to prevent Ukraine from joining NATO and offer Moscow security guarantees, claimed that Russia s goal was not to occupy Ukraine. The Russian President also said the attack was needed to protect civilians in Eastern Ukraine, a claim the U.S.

had predicted he would falsely make to justify an invasion. Explosions were heard in several Ukrainian cities within hours of the Russian leader’s announcement that he’d ordered military action in the country’s east. Putin’s announcement, broadcast Thursday at 5 a.m.

local time in Ukraine, prompted immediate condemnation from the US and its allies, which have threatened to enact “full scale” sanctions in the event of Russian military action. Ukraine Foreign Minister Dmytro Kuleba tweeted on his official page that “peaceful Ukrainian cities are under strikes” and called the situation “a war of aggression.”

An adviser for the Ukraine Interior Minister, Anton Gerashchenko, told journalists Russia’s “invasion has begun” with “missile strikes on Kyiv,” the capital. Gerashchenko said troops had landed in the city of Odessa and were crossing the border in Kharkiv, the second-largest city in Ukraine located in the country’s northeast. In a post on his Facebook page, he also said control centers such as airfields and military headquarters were being hit by shelling in Kyiv and Kharkiv, and that there was artillery fire along the border.

In the address, broadcast on Russian national television, Putin urged Ukrainian forces to lay down their arms and go home, saying all responsibility for possible bloodshed will be entirely on the conscience of the Ukrainian government.

But he added: “Our plans are not to occupy Ukraine, we do not plan to impose ourselves on anyone.” Before the announcement of military action, Ukrainian President Volodymyr Zelensky appealed for peace but vowed the country would defend itself. Zelensky said; “We have no need for another Cold war, or a bloody war, or a hybrid war.

“But if we are attacked militarily, if they try to take away our freedom, our lives, our children’s’ lives, we will defend ourselves. When you attack, you will see our faces and not our spines, our faces.” U.S.

President Joe Biden denounced the “unprovoked and unjustified” attack on Ukraine and said the world will “hold Russia accountable.”