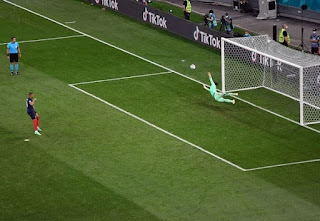 “I have so much love for the French national team that I abstract from it all. What shocked me, again, was being called a monkey for the penalty,” Mbappe, set to earn his 50th France cap when they face Belgium in Thursday’s Nations League semi-final, added.

“That is what I wanted support around, not because I took my penalty to the left and [Switzerland goalkeeper Yann] Sommer stopped it: that, that is on me, that is my foot that did that.”

He has now demanded Les Blues ‘get their heads screwed back on’ and revert to what made them world champions, with the Qatar World Cup only 14 months away.

“I received the message, that my ego was what made us lose, that I wanted to take up too much space, and that without me, therefore, we might have won.” 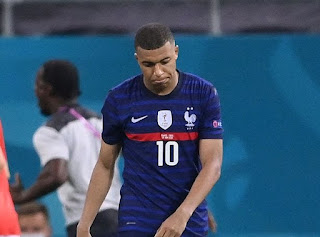 The former Monaco starlet then revealed he spoke to Noel Yves Marie Le Graet, president of the French Football Federation, but not manager Didier Deschamps about his future – although Mbappe did not disclose the details of his exchange with the FFF chief.

He continued by saying the events on the pitch at Euro 2020 are now behind him, stating that he spoke to his team-mates after their defeat, which sparked reports of multiple fallouts in the dressing room.

But the superstar wanted more support after he received racist abuse upon the shock exit – much what England trio Marcus Rashford, Jadon Sancho and Bukayo Saka were subject to in July, having all missed their penalties in the final against Italy.