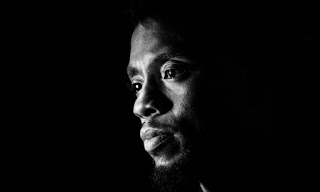 In the year since the actor Chadwick Boseman’s death from colorectal cancer, Mo Jenkins said he considered — but resisted — getting screened for the deadly disease.

Two weeks ago, however, he watched for the second time the film “Black Panther” — Boseman’s most famous role — and the next day he made a doctor’s appointment.

Jenkins’ physician in Indianapolis had implored him to be tested. “I wanted to know if I was OK, but I didn’t want to take the test,” Jenkins, 48, said. He added that he watched the man who had played a superhero in a movie face colon cancer. “A superhero.He looked great. He looked strong. And then . . . he was gone.”

“I don’t know why watching that movie this time hit me like it did. But I made an appointment, and did the screening.”

Jenkins, a human resources manager, said he exhaled when his results came back indicating no signs of cancer. “Totally relieved,” he said. “But the point was to make sure I was OK before it was too late. Chadwick Boseman inspired me to do that.”

When Boseman died at 43, Black doctors had hoped it would be an inflection point for Black people in general, Black men in particular, to get screened for colon cancer, a treatable disease if discovered in time.

Doctors who spoke to NBC News said more Black men in their practices are being screened for colorectal cancer since Boseman’s death. Still, there is no quantifiable data to discern whether Black men, overall, have increased screenings.

Additionally, according to a report from the Dana-Farber Cancer Institute in Boston, factors contributing to the disproportionately high rate of colorectal cancer in Black people include lower rates of screening, structural racism, social determinants of health and difficulty obtaining available treatment, among others.

“Most people, when they think of colon cancer, think of someone being old,” said Dr. Saundra Dalton-Smith, an internal medicine physician in Alabama. “You don’t think of someone who was in their early 40s, like Chadwick, definitely not someone who looked as healthy as he did. So, I think it really helps people to wake up to just how easy it is for this particular cancer to be active and do harm in your body without you being aware of it.