Two Girls Meet At Boyfriend Place At Once – Video 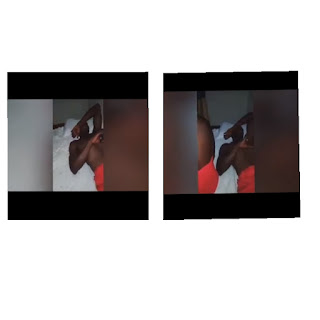 A viral video that is causing a stir online captures two young ladies who met at once at their boyfriend’s place and decided to embarrass him.

It was unusual as netizens expected that the two young ladies will fight over their boyfriend but rather they did the opposite and gang up against him for cheating.

Unfortunately, it was a bad day for James after both ladies were starving and all showed up at his home.

One of the ladies reached first but as she was asleep, the other babe also called James to ask for directions but he couldn’t allow her to come as he started giving excuses.

The first woman overheard the phone conversation and she later picked James’ phone without his knowledge then contacted the other lady asking her to come and they embarrass the Casanova.

As James was relaxing on the bed, the other lady also came . The two ladies ganged up on him and told him to stop cheating. They told him that one day he will get beaten up for playing women.

Unlike many other women who normally fight each other in such circumstances, the two ladies became friends right away and felt sorry for each other.

One of the ladies told the other that she was coming from far, and the other asked her to go and stay at her place.