Photos, Video From From BBNaija Shine Ya Eye First Fashion Show And Names Of Winners 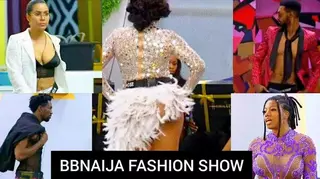 Big Brother Naija 2021 tagged Shine ya eye which commenced on the 24th July has finally had its first fashion show.

The housemates organized a fashion show which was initiated by Whitemoney on Tuesday night and fans were thrilled.

According to Whitemoney, he wanted the housemates to do something together as a family as they await their weekly task by Big Brother and the housemates all agreed to the plan.

For the fashion show, the shine ya eye housemates brought their A games to the contest, trying best best to outshine one another.

They each appeared in breathtaking outfits that left fans stunned. 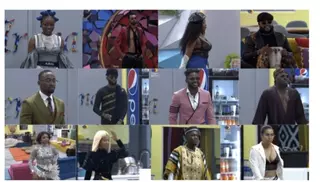 The host for the fashion show was Angel whose revealing outfit left social media buzzing.

The judges were Pere, Princess, Yerins, Tega and Beatrice

The judges awarded points to each housemates according to their performances.

The housemates hit the runway, responding to questions thrown at them by the judges.

At the end of the show, Head of House, Boma and his deputy, Jackie B, emerged as the winners of the show for the male and female category respectively.

For winning the fashion show, they were awarded with 400 Abeg Naira.

Pere and Whitemoney also added to their prizes.