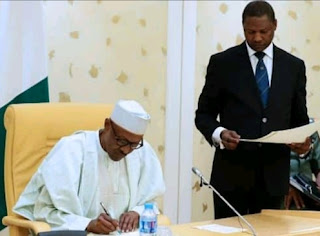 FCT, Abuja – Abubakar Malami, the Attorney General of the Federation (AGF), has allegedly ordered the immediate prosecution of Nigerians who are still accessing Twitter despite the suspension of the microblogging platform, The Nation reported.

The minister of information and culture, Alhaji Lai Mohammed, announced Twitter’s suspension in a statement issued in Abuja on Friday, June 4.

He cited as the reason for the action the alleged persistent use of the platform for activities that are capable of undermining Nigeria’s corporate existence.

“Attorney General of the Federation and Minister of Justice, Abubakar Malami, SAN has directed the immediate prosecution of offenders of the Federal Government ban on Twitter operations in Nigeria.