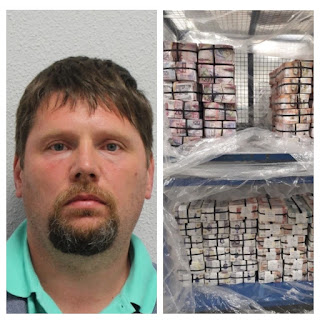 UK police seized more than £5million of criminal loot during a raid on a luxury two-bedroom flat in Britain’s biggest ever cash raid.

The money launderers were jailed on Friday, May 28 for their role in moving monetary profits from drugs and guns. 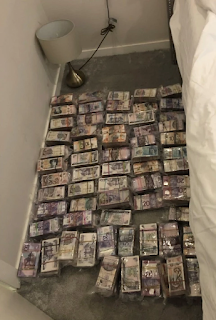 The laundering network’s £3,500 luxury apartment in a swanky gated estate in Fulham, South West London, was filled with stacks of bank notes being laundered for gangsters.

Police have revealed that lots of cash were stockpiled by launderers during the first Covid-19 lockdown in 2020 as the launderers were unable to transfer the cash out of the country. 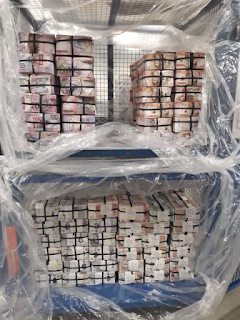 Auzins was seen meeting a cocaine baron being kept under surveillance and was followed back to the Porteus Apartments development in Britannia Road, Fulham.

Police kept watch on the flats and on 5 June 2020 Shamsutdinov was seen leaving the flats with heavy bags which he placed into a nearby car with a hiding tray under seats. 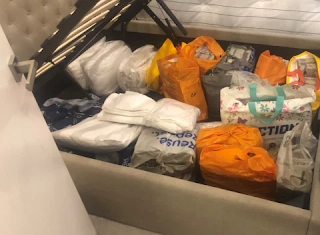 Police then swooped on the first-floor flat he had come from and found it filled with a further £4.5million.

Ahmadi was arrested on 14 July in Edmonton, North London, in possession of £59,980 in a bag he was carrying and a further £198,665 was recovered at his nearby home.

Auzins was arrested the next day at his home in Rochester and a further £14,435 in cash was seized

Shamsutdinov was sentenced to 45 months, while Auzins got 40 months on the basis of laundering only £2 million of the total amount discovered.

Prosecutor Daniel Fugallo told Harrow Crown Court: “Inside were bundles of cash in various rooms, boxes under beds, in wardrobes, and laid out on the floor.

“It had the appearance of being very organised, with money in £5,000 or £10,000, with a number of bundles being carried together in carrier bags or boxes.

“Amounts such as 100 or 200 were found written on a number of these bags, when removed these represented a number of thousands within the bag in question.”