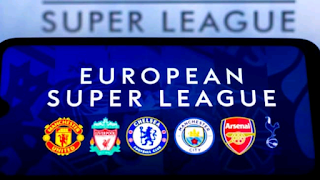 All the six Premier League clubs that had signed up for the controversial European Super League have withdrawn from the plans.

We will not be participating in the European Super League.#MUFC

The Big Six EPL teams formed part of a 12-club contingent of elite clubs that had ratified the arrangement to have a parallel European competition. Man United, Chelsea, Arsenal, Liverpool, Man City and Tottenham Hotspur had all agreed to form the controversial tournament alongside La Liga sides, Barcelona and Real Madrid.

As a result of listening to you and the wider football community over recent days we are withdrawing from the proposed Super League.

We made a mistake, and we apologise for it.

Italian giants Juventus, Inter Milan and AC Milan were the other clubs that had formed part of the initial group. The announcement to form the competition which threatened the future of Champions League, Europa League and even the domestic leagues came to the fore on the night of Sunday, April 18. The development prompted outrage from fans, pundits and politicians, with football governing bodies FIFA and UEFA threatening dire consequences for the teams involved. However, barely 72 hours after the breakaway plan was made public, six of the Super League’s founding members have announced they will be quitting.

Liverpool Football Club can confirm that our involvement in proposed plans to form a European Super League has been discontinued.

We can confirm that we have formally commenced procedures to withdraw from the group developing proposals for a European Super League (ESL).#THFC ⚪️ #COYS