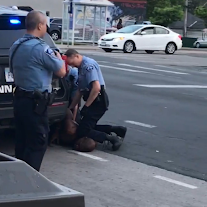 A Minneapolis jury has reached a verdict in the trial of Derek Chauvin, the former police officer charged with killing George Floyd after he knelt on his neck for over 9 minutes.

Derek Chauvin was found guilty on all counts Tuesday, April 20, for his involvement in George Floyd’s death, a verdict that could send the disgraced former Minneapolis police officer to prison for the rest of his life.

The judge announced that Chauvin was convicted of second- and -third-degree murder, as well as second-degree manslaughter. He faces up to 75 years in prison when he returns for sentencing in eight weeks. 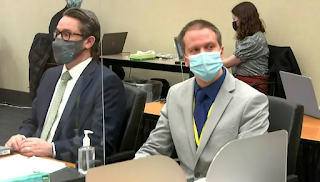 The third-degree murder charge had initially been dismissed, but it was reinstated after an appeals court ruling in an unrelated case established new grounds for it days before jury selection started.

Prosecutors called 38 witnesses, including the teenager who recorded the viral video that brought global attention to Floyd’s death. She and other bystanders who testified said they are haunted by Floyd’s death and that they wish they had done more to try to save his life. The defense called seven witnesses, two of whom were experts.

Derek Chauvin has been remanded in the custody of the Hennepin County Sheriff. He was directed out of the courtroom in handcuffs moments after the guilty verdict was read in his murder case.

The crowd has shouted “Guilty!” once news emerged. There have been huge cheers, with people shouting “Yes!

People have been screaming and crying outside the courtroom.

“Whose victory? Our victory” the crowd has chanted. Cars driving by also honked their horns in celebration.