Ever Heard Of Blue Java Banana? It Tastes ‘Just Like Vanilla Ice Cream 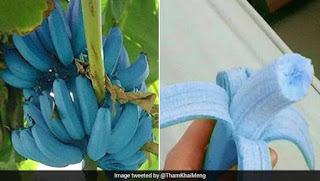 We have been introduced to bananas since childhood. The sweet and starchy fruit available year-round, banana holds a firm position in our fruit basket. In fact, we consume banana in both its raw and ripen forms. While the colour of the banana skin is green when raw, it turns yellow as it ripens. But have you ever heard of blue bananas? Yes, you read it right. There’s another variety of banana that has a unique blue colour and creamy texture. It is called blue java banana. For the uninitiated, the Blue Java banana is hybrid of the seeded bananas – Musa balbisiana and Musa acuminata.

How come nobody ever told me to plant Blue Java Bananas? Incredible they taste just like ice cream pic.twitter.com/Aa3zavIU8i

Tham Khai Meng, the former Global Chief Creative Officer at Ogilvy , mentioned on his Twitter handle, “How come nobody ever told me to plant Blue Java Bananas? Incredible they taste just like ice cream”. Have a look at his tweet. According to experts, it is primarily grown in Southeast Asia and is very much popular in Hawaii and is called ‘Ice Cream banana’. He further shared a tweet where he mentioned an amazopedia link that has all the detailed facts about this unique fruit. According to amazopedia, these blue java bananas are triploid hybrid of seeded bananas Musa Acuminata and Musa Balbisiana. And they can grow to a height of 15 to 20 ft and the leaves of the tree are silver-green in colour. 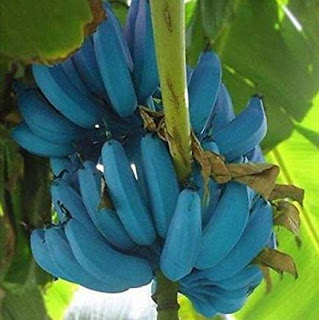 Also, they require a temperature of 40 Fahrenheit for optimal growth. In Fiji, they are known as ‘Hawaiian Banana’ and in Philippines, they are called ‘Krie’ and in Central America, they are popular as ‘Cenizo’.