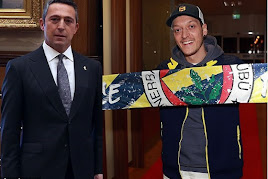 Fenerbahce have asked fans to help fund Mesut Ozil’s £13million salary despite the Turkish club in over £460m debt before signing the ex-Arsenal star earlier this month.

The German midfielder is currently in Istanbul to seal his transfer move to the Turkish giants after terminating his contract with Arsenal. 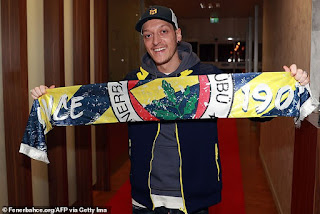 While at the Premier League club, Ozil was earning around £18million-a-year in wages and will be taking a pay cut when he completes a move to Fenerbahce.

However, the Turkish club’s president Ali Koc has admitted his side needs financial support from fans to complete the move.

Koc announced: ‘We have a request for our fans. Please continue to support us, we are also dependent on your financial support.

‘On the day of the signature, I will ask you to break a record. With an SMS campaign.

According to Mail Online, text messages in the ‘Mesutol campaign’ will cost just under £2 and will be sent to the number 1907, which was the year Fenerbahce was founded.