#EndSARS: ‘If you have the mind of coming out to protest violently, we are going to use maximum force to take you out’ – IGP Adamu Mohammed warns 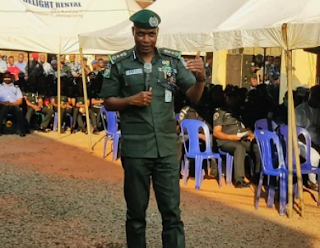 The Inspector-General of Police, Adamu Mohammed, has once again reiterated that the police will never allow another round of violent protests to happen in the country.

According to him, anyone who has the mind of coming out to protest violently will be taken out by the police.

Adamu stated this on Tuesday, December 8, at the Enugu state police command where he had gone to inspect the level of destruction recorded at the command after the peaceful EndSARS protest was hijacked by hoodlums. 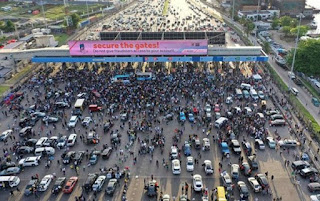 Speaking to the men and women of the command, Adamu said

”The violent protest has led to economic losses and social disorder. That is why we said that from the experience of the #EndSARS protest, never again in the history of this nation shall we allow such protest to take place. Never.

Anybody that wishes to come out or a group of people that wish to come out and protest peacefully, they are free to do that and they will be protected but if you have the mind of coming out to protest violently, we are going to use maximum force to take you out. The law allows us to do that. The law gives us the power to do that.

If you look at your constitution, section 33, it gives you power to take certain action by the use of the instrument you are given, the use of fire arms.”he said

Wife beat a prostitute she caught with her hubby – clip