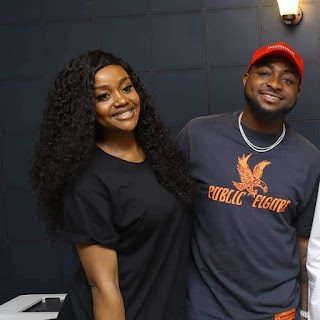 I have been pondering on this for a very long time and I feel like saying it out today. What if Davido dump Chioma and marry another woman?

Considering the time wasted, the assurance, the shame, the embarrassment, etc.

Chioma dropped out of School for the sake of this relationship. She is not 100% in good terms with her parents and siblings because of same relationship. She started with Davido but ended up a 3rd to 4th Baby Mama. It simply means that Davido doesn’t give a fvck about her. No respect at all.

Should I call her dumb or a gold digger in disguise? Because no sensible woman will tolerate such. Chioma it’s not too late to break up!

Davido allegedly bought her a N15 million Porsche Cayenne SUV. On the 05/07/2018 she signed an AUDIO multi-million naira endorsement deal that we never heard of again till date. We haven’t seen her drive the Porsche Cayenne SUV as well.

The little fame she had, she misused it. She would have taken advantage of it. Go into movie or fashion industry, to remain relevant and not just an ordinary Chef in Davido’s kitchen. Baby factory and sexual satisfactory machine.

And I ask again,