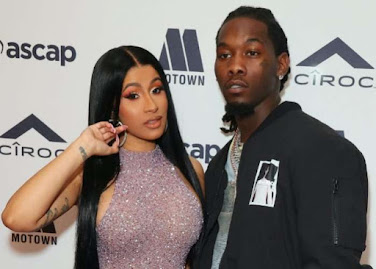 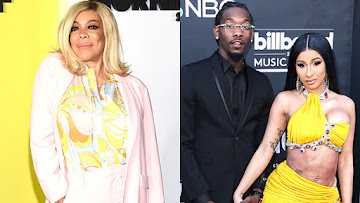 TV host, Wendy Williams has given her opinion in the ongoing divorce drama between rappers Cardi B and Offset.

The TV host has been off her hit show for months due to the Coronavirus pandemic but released new episodes today, Monday September 21 and quickly addresses reports that Cardi B filed for divorce from her husband of three years, Offset.

Wendy warned celebrity the couple to be sincere in their divorce saying she went through a public and messy divorce from ex-husband Kevin Hunter in April of 2019 and that once legal documents are filed, it “complicates everything.”

She also added that Cardi “deserves better” than Offset .

Cardi and Offset secretly tied the knot at home in Georgia on September 20, 2017.

Cardi filed divorce documents on September 15 in Georgia, and in her initial documents, Cardi stated “there are no prospects for a reconciliation.”

She also stated that she was seeking primary physical and legal custody of Kulture.

But days later she filed an amended divorce petition to retract her request for primary physical and legal custody of their daughter. In the amended documents, she “requests that this Court honor and enforce any custodial arrangement agreed to by the parties and that such arrangement should be whatever is in the child’s best interests.”

The amended legal documents also state that Cardi “reiterates her desire for an amicable resolution of this case.”

Although Offset hasn’t filed counter documents Wendy says its in their best interest not to be talking about divorce if it isn’t real..

“I hope this is not a fake divorce, because those papers, take it from someone who knows, those papers complicate everything,” Wendy, 56, said

“Now they want to coparent,”  “Hopefully they will have something legally instated where he gives to the baby. I don’t know if she’ll get spousal support. I mean, certainly she’s more famous and wealthier than him. I wouldn’t recognize Offset walking down the street, but I’d recognize Cardi even with no makeup,” Wendy continued, before she concluded with, “Cardi, I’m sorry to hear what happened.”

Following the divorce news, Cardi took to Instagram to reveal the real reason why she decided to end her marriage. In a live video on September 18, she said nothing “out of this world happened” to cause the breakup. She also dispelled speculation that the split was for publicity reasons.

“I don’t need any stunts to sell anything,”

“It’s not because of cheating. I’m seeing people say it’s because he’s got a baby on the way — that’s a whole f—king complete lie,” she said about rumors that Offset is expecting his fifth child with another woman.

“This is the like second time people try to pin babies over here,” she said, adding, “No, that’s bulls–t.”

“When you feel like it’s just not the same anymore and before you get cheated on, I’d rather just leave,” she explained. 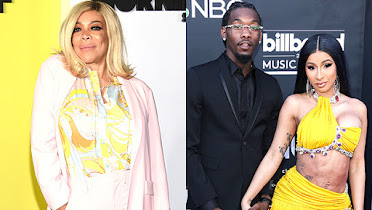