Reminisce to return as Makanaki in King Of Boys sequel 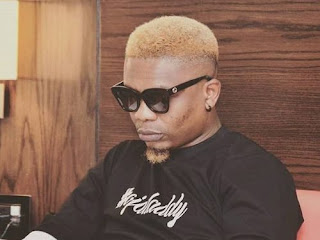 Following his spectacular performance in the title release, Reminisce is scheduled to stage a comeback in the sequel which has kept generating talks from fans and movie buffs.

Adetiba had released the first teaser of the much-anticipated film on Wednesday, September 16 to the admiration of several fans and movie buffs.

The four-minute-long teaser tells the story of Makanaki, one of the major characters of the original title, King of Boys. Makanaki, played by Reminisce is one of the dreaded characters in the story plot and his return in the sequel was premeditated by fans and confirmed by the filmmaker with the teaser.

The creation and artificial powers possessed by Makanaki in the film was hinted in the teaser that has left fans and movie buffs cheering Adetiba’s effort.

For his role in the film, Makanaki got two nominations in the 2020 edition of the Africa Magic Viewers’ Choice Awards (AMVCA) for his roles in Kemi Adetiba’s 2018 flick ‘King of Boys’.