Manchester United reporter notebook: Are Ole Gunnar Solskjaer’s side being left behind? 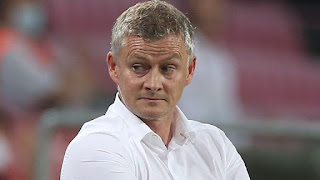 Ahead of United’s season opener against Crystal Palace, live on Sky Sports, we assess how the fallen giant has faired in the transfer market

The transfer window is in full swing, but are Manchester United being left behind as rivals splash the cash? Sky Sports News reporter James Cooper takes a closer look.

Sifting through social media you would be forgiven for thinking Manchester United had a shocking end to last season instead of securing a third place Premier League finish, while getting to two domestic cup semi-finals, such is the thirst among fans to see more fresh faces arrive to bolster the squad for the new campaign.

Perhaps transfer window anxiety is understandable as rivals strengthen their squads and it will not be eased by Ole Gunnar Solskjaer using words like “if” and “hopefully” about further business in the coming weeks.

It is evident from what he does and does not say that Solskjaer would like to be starting the season with more new signings and is putting on a bit of a brave face right now.

There is no end in sight in the Jadon Sancho saga

We know Jadon Sancho is the club’s number one target and it is understood the player would like to come to Old Trafford, but the gap between valuations has been described to me as “massive” and rather than optimism about pulling off such a major signing, there are a lot of furrowed brows at Old Trafford.

Who will play in midfield? 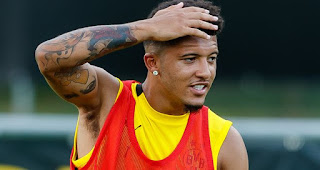 Donny van de Beek has come in, but the Dutchman’s arrival has been overshadowed by ongoing transfer window frustrations. United have signed a young player already proven on the highest stage, who can chip in with the sort of goals that might help close the gap on the teams above them.
Solskjaer believes Van de Beek is an excellent addition to Manchester United’s squad.
Van de Beek will also take the pressure off Bruno Fernandes. The suggestion is that Van De Beek, Fernandes and Paul Pogba will be rotated, although the Dutchman also has the discipline to sit in front of the defence alongside someone like Nemanja Matic, Fred or Scott McTominay.