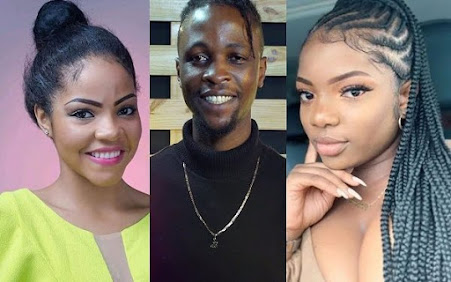 In the ninth week, nine housemates got viewers’ talking and rooting for favourite housemates amongst the last seven as the eighth week ended with two unexpected evictions.

Following the eviction of Kiddwaya from the show, just a week after Erica’s disqualification, Prince joined the growing list of evicted housemates that include Lucy, Wathoni, TolaniBaj, BrightO, Praise, Kaisha, Tochi, Eric, Ka3na, and Lilo.

Here is a quick recap of the eighth week of the reality TV show that kicked off on Sunday, July 19.

Nengi wins Head of House for the second time

On Monday, September 14, Nengi emerged the winner of the Head of House challenge, hence collecting the mantle of leadership from first time HoH, TrikyTee. Unlike previous HoH games, Biggie canceled the Deputy HoH role as well as the opportunity to entertain two housemates as visitors in the HoH luxury lounge. Nengi joins the growing list of housemates like Ozo and Erica, who won the HoH challenge twice in the BBNaija Lockdown. The 24-year-old returned to the HoH lounge and took the mantle of leadership eight weeks after first winning it. This also sealed her participation in the finale alongside Vee and Neo

Laycon, Ozo, Vee, Nengi, and Neo won themselves a total of N1.5 million during the Flutterwave task on Wednesday, September 15.

On their 58th day in the BBNaija Lockdown house, Laycon, Ozo, Vee, and Neo came out tops as the housemates were grouped before the commencement of the task.

Team Payments Links consisting of Laycon and Ozo won the Flutterwave Task with a cash prize of one million Naira while Team Invoice consisting of Neo, Vee and Nengi came second and smiled to the bank with 500 thousand Naira. Team Store consisting of Dorathy and TrikyTee lost out.

The Task saw the housemates taking part in a treasure hunt for clue cards before proceeding to play a game of charades with the cards found and finally the Flutterwave Ball Pit Hunt.

This win adds to the long list of prizes the Housemates have already won in the House.

Ozo had avoided Nengi for some days after getting a strike for an infringement in the house. Ozo told housemates that he needs to get his head in the game and avoid Nengi so as to avoid getting another strike. The move got Nengi worried and she poured her heart out to Biggie, who gave her some piece of advice.

Nengi complained bitterly about Ozo avoiding her since Sunday’s eviction.

She said Ozo stopped talking to her because she didn’t accept being in a romantic relationship with him. Ozo had made up his mind during his diary session after Kidd’s eviction saying he wouldn’t give chances this coming week in other to avoid a third strike. However, Biggie told her Nengi to accept Ozo or make new friends in the house.

After nine weeks and seven housemates left in the BBNaija Lockdown house, the relationships in the house have all been broken down irreparably. The fondness among the housemates has reduced and every move is decided by a motive. In the ninth week, the strongest of the Ships – Neo and Vee – has become platonic. The pair have mend fences but remained platonic friends. Though this is not going down with Neo, he has accepted his fate.

Ozo won himself an Innoson IVM Caris car worth N4.5 million after emerging tops in the Innoson motors challenge in the ongoing BBNaija Lockdown.

The two-time Head of House won himself the vehicle after emerging the last man standing in the challenge. The challenge, which had other housemates keenly contesting to win the car, saw Ozo, Neo, and Dorathy as the last three standing.

Neo gave Ozo a run for his money in the challenge that eventually had him bowing out of the challenge for not being able to memorise the digits previewed in the lounge’s TV. Other housemates that have won challenges in the house include TrikyTee and Ozo for the Pepsi challenge, Nengi, Laycon, and Dorathy.

Laycon, Vee picks TrikyTee and Ozo as a major contender

Laycon and Vee have listed Ozo and TrikyTee as the strongest competitions in the house.

Laycon said he wouldn’t like to be in the finals with Ozo because he feels he has a strong fan base. Laycon also said he would like Neo out of the house because he hasn’t been up for possible eviction for a while now. Meanwhile, his friend, Vee revealed why Trickytee would make it to the final despite being up for possible eviction more often than any other housemate. Vee said surviving eviction more than three times shows how strong Trickytee is.